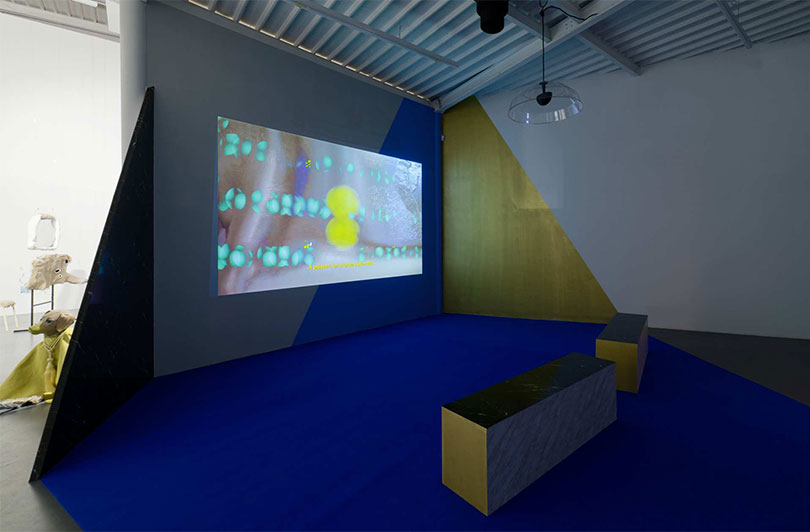 The exhibition “Desk Set” gets its title from Walter Lang’s 1957 film of the same name which starred the talented Katharine Hepburn. The story takes place in a business department staffed by four women whose job is to answer a broad range of questions asked by the public over the phone. The plot begins when a machine is installed in their office, threatening to replace these transmitters of knowledge, the human ancestors of the internet, with a mechanized devices.

The exhibition features four women artists whose own practices consist of producing knowledge and transmitting information involving affects and emotions. “Desk Set” brings together Madison Bycroft (1987, Australia),Marvin Gaye Chetwynd(1973, United Kingdom),
Kelly Jazvac (1980, Canada) andAyoung Kim (1979, South Korea). These artists’ practices, stamped by scientific methodology and science-fiction imagery, also recall each other in terms of the subjects they treat, i.e., the construction of human identity in connection with other entities while laying down as a principle that identity is necessarily double or multiple and conditioned by its constructive or destructive relationship with the surrounding world:

“Petra Genetrix from Porosity Valley, date of birth unknown, gender not applicable. Welcome to the Immigration Data Center.” Arriving through a secret door, the machine begins to glow in the dark. Further on four women surrounded by books endlessly chatter from one door to another. The telephone rings, unheeded, once again. Sorting through microplastics, they talk about the ways of protecting oneself against human contamination. Others, sporting an octopus wig or a face crudely painted and wearing a paper costume, transform images, writing and bodies to become lyrical translators. All of them know the weight of the earth and the name of the customs. Between them and the machine the nature of emotional and objective knowledge plays out. Such is the flow that is exchanged, mutant, mute or talkative, and forever repeated, forever ritualized.

A little further along, a three-headed woman looks on, appearing to indicate different directions to go in. The choice is up to the observer, the gazes of the three heads imparting the tonality of the path to take. She is made of stone which is dripping slightly, contrasting with the group of bodies at work, dressed in Peter Pan collars, filing, sorting and stacking things at the other end of the room.

The dark makes seeing easier, although you still need to be able to pass, move in close enough to make out the precision of the criteria and decipher part of the codes. The signal is occasionally lost, the machine jams, unless it is an intentional system of encryption. By one’s wandering about, the consistency of the site—rhizomatic and hard to chart— enters the flesh; yes, eventually it should be possible to simplify it. Maybe simply sit there, next to those plastic and coral stones, on the composite slab mixed with vinyl and the blood of sacrifices. Breathing in the air they tried to sterilize—from which there arises nevertheless the smell of glue, powder and moldy earth, sewing up images and mixing the sources to produce new ones. 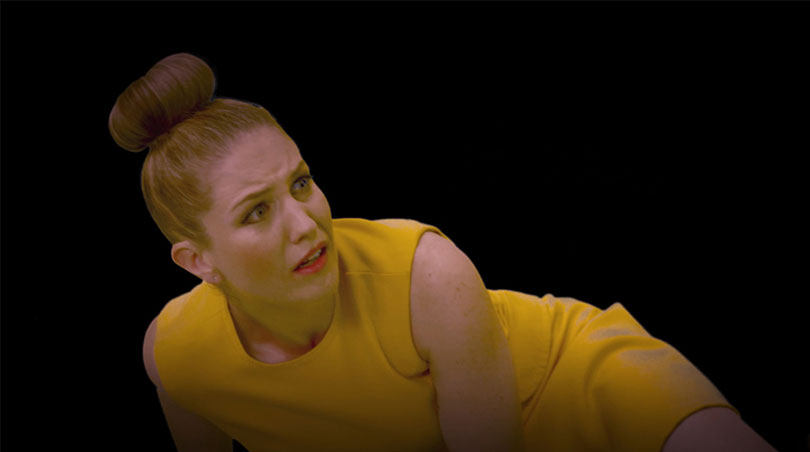 The work of Ayoung Kim (b. 1979, South Corea) stands as experimentation focused on various types of writing and the narrative structure, on visual, sonic and linguistic levels. Ayoung Kim had solo shows at Melbourne Festival (2017); Palais de Tokyo (2016) and created a performance at the national opera house in Paris, Palais Garnier (2016). She presented her works at the Venice Biennale, Italy (2015); Maraya Art Centre, Dubai, UAE (2015); Künstlerhaus Bethanien, Berlin, Germany (2012); Leeum Samsung Museum of Art, Seoul, Korea (2012); Museum of Arts and Design (MAD), New York, US (2011); Museum of Modern Art of Rio de Janeiro (MAM), Brazil (2011); 176/Zabludowicz Collection, London, UK (2011); Royal Academy of Arts, London, UK (2010) and many others. She was a resident artist at Pavillon Neuflize OBC Research Lab of Palais de Tokyo (2015-2016), and Künstlerhaus Bethanien, Berlin (2012). She was awarded The British Institution Award from the Royal Academy of Arts in the UK in 2010 and Young Artist of the Year Award from the Ministry of Culture in Korea, 2015.

This project has been carried out in partnership with the Ilmin Museum of Art (South Korea), the Arts Council Korea, the Melbourne Festival, INA, the TPW Gallery in Toronto, frac île-de-france, Théâtre Brétigny and the Médiathèque of Brétigny-sur-Orge. 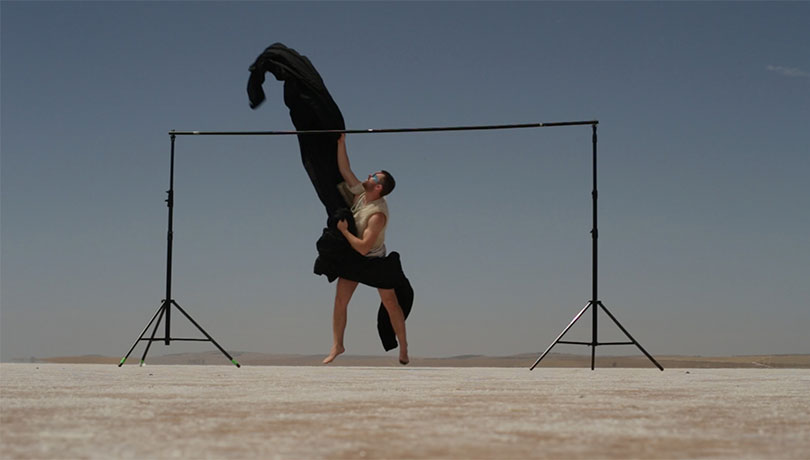 Madison Bycroft (b. 1987, Australia) is an artist who lives and works between Adelaide, Australia, and Rotterdam, the Netherlands. Bycroft works in video, performance and sculpture. Madison is a graduate of the Piet Zwart Institute of Fine Art, in Rotterdam, an undertaking which was supported by the Anne and Gordon Samstag Scholarship. Along with Natalia Sorzano and Kari Robertson, Bycoft co-founded GHOST, a platform for new collaboration and facilitation. Recent International presentations have taken place in Liveworks performance act award and in the framework of Sharjah Biennal, Beirut, Lebanon; at Adelaïde, Marseille in association with Triangle France where she has been in residency in 2017; at Westfälischer Kunstverein in Muenster, Germany; at Yellow Brick, Athens, Greece; at Physics room, Christchurch, New-Zealand; and at Microscope Gallery as part of residency at the ISCP in Brooklyn, New York. Bycroft's Australian exhibitions include shows at Greenaway Gallery, Adelaide; at the Museum of Contemporary Art Australia in Sydney; at The Australian Experimental Art Foundation, Adelaide and at the Contemporary Art Centre of South Australia, Adelaide. 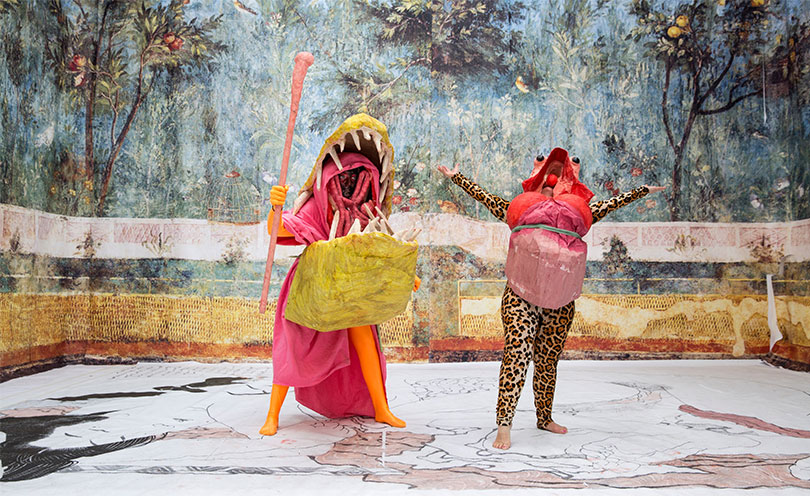 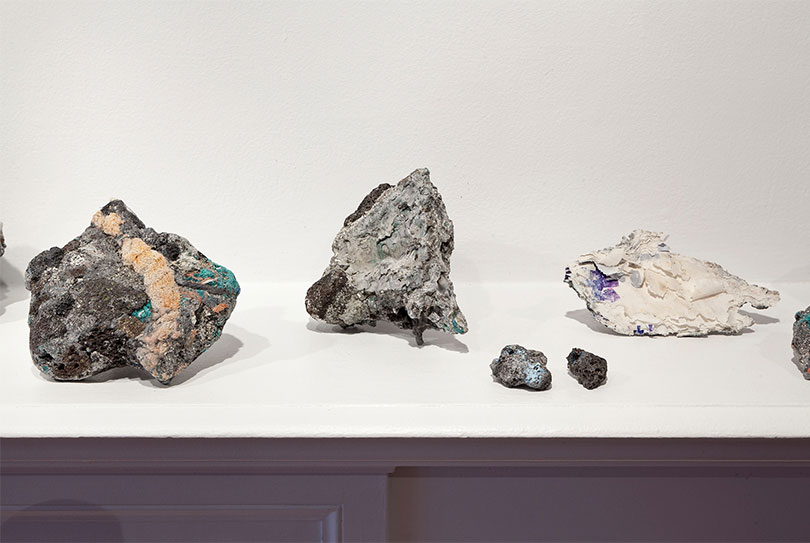 Kelly Jazvac (b. 1980, Canada) works in collage, sculpture and installation. Simultaneously, she engages in interdisciplinary plastic pollution research with a team of scientists, artists and writers. A result of this work has been the description and study of “plastiglomerate”: a new hybridized stone made from molten plastic debris and naturally occurring sediment such as sand, wood and rock. Jazvac’s recent exhibitions have taken place in Fierman, New York; at The Berman Museum, Philadelphia; at Koenig and Clinton, New York; at Prosjektrom Normanns, Stavanger, Norway; at the Art Museum at the University of Toronto. She is represented by Fierman Gallery, New York. 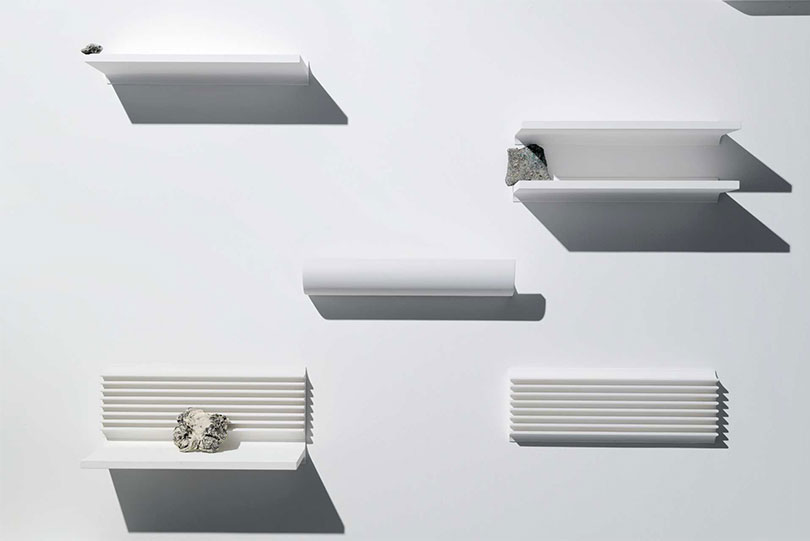