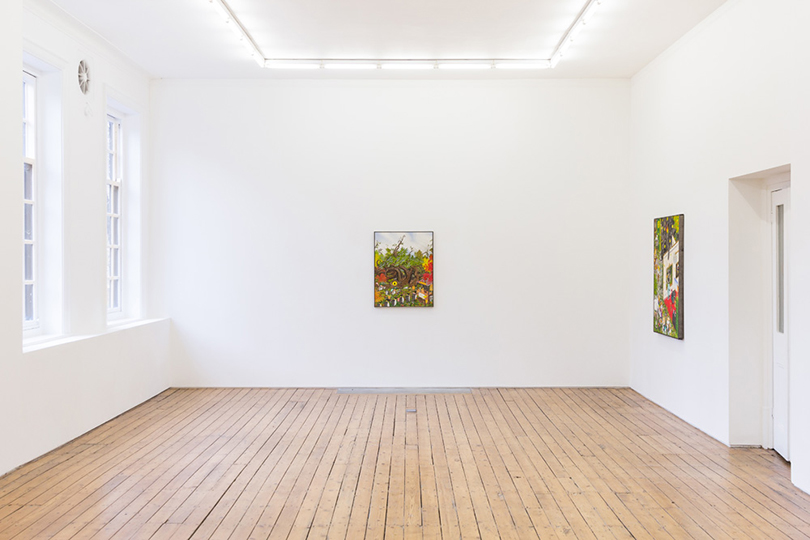 Working in the aesthetic tradition of Korean silk painting, Kim crafts precise allegorical pictures, employing a range of both political, contemporary, and art-historical references and influences. Through his skilled application of oriental painting, Kim builds intricate stories about an imaginary world. Yet this fictional world becomes an analogy for Kim’s interpretation and reflections on the very real recent political situation in South Korea and its startling transformation since a stamping out of a corrupt regime.

For Eight Universes and The Machine, Kim has painstakingly created eight parallel universes across eight paintings, comprising four seasons, night and day. Numerous hybrid animals within each painting symbolise a social status such as scholar, artist and labourer. The worlds created by Kim are imagined to be controlled by one huge machine – neoliberal capitalism – which has been the dominant and increasingly pervasive economic system of the contemporary world since the late 1970s.

The exhibited works are the first eight paintings from a much larger ongoing project that the artist is embarking upon, which he refers to as The Big Picture. A huge endeavour, meticulously illustrating – in obsessive detail – a story combining Korean fairy tales, political history and folklore, as an original science fiction epic. Defining himself as a storyteller, Kim’s images of fragmented and scattered narratives tangle together to make a more complete and cohesive picture. Each story works as an independent entity, but shares a common world full of imagination, informing a single overarching narrative.

Kim’s practice reflects on the barbarism hidden behind the seemingly innocuous material affluence of contemporary society. The paintings in Eight Universes and The Machine critically expose how neoliberalism insidiously functions in our society today, and how its subjects unknowingly participate in its operation to their own disadvantage.

As an antidote to this, Kim strives to inherit the spirit of the Candle Revolution of 2016-17 in his paintings. The Candle Revolution was noted as the most successful and stable example of a peaceful attempt to achieve a contemporary democracy in South Korea, after a turbulent overcoming of its dictatorial history. Kim considers his artistic practice as a mode of non-violent political action and believes that the recent situation in South Korea can act as a fragmented blueprint for something more global, where people should feel encouraged to keep fighting to make positive changes in the world around them. 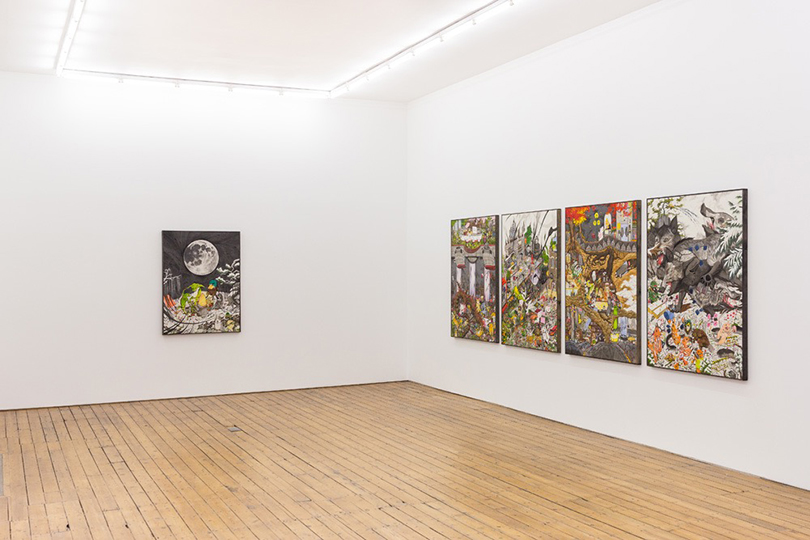 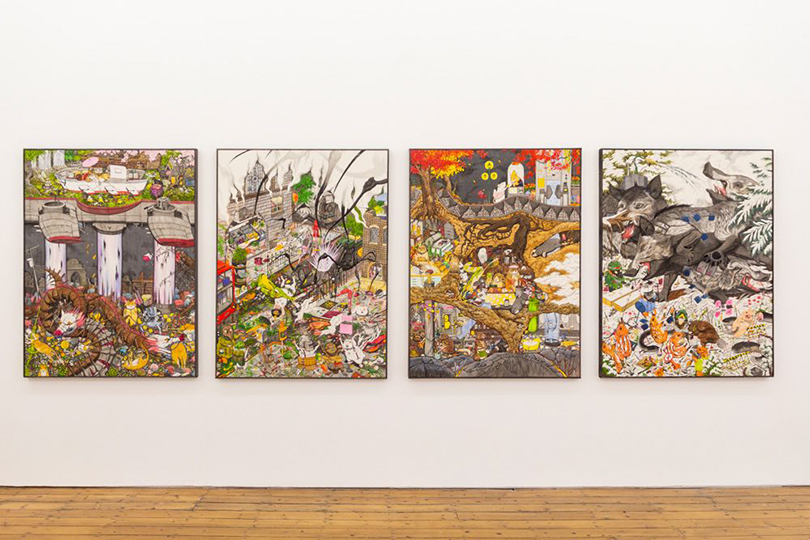 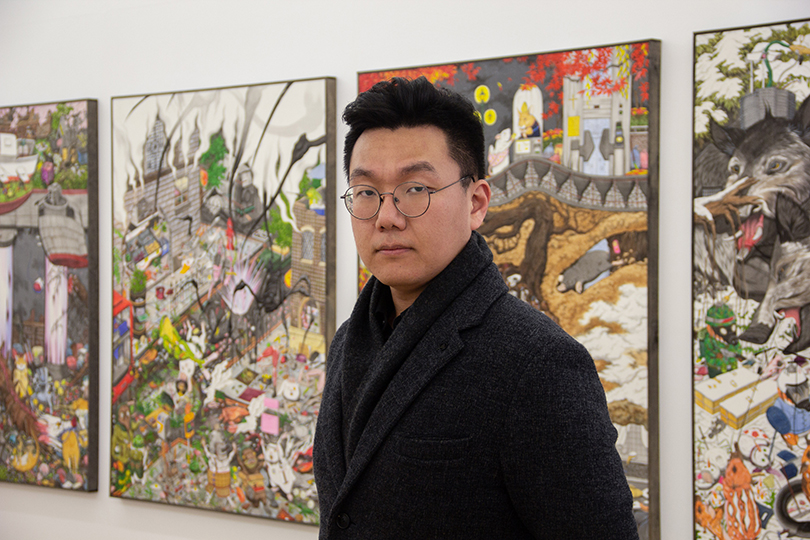 Hun Kyu Kim currently lives and works in London with help from the Chadwell Award, generously granted whilst graduating from London’s Royal Collage of Art in 2017.