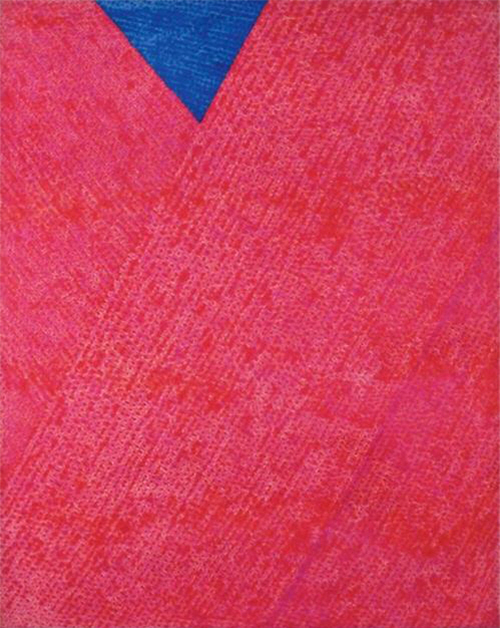 SEOUL, May 18 (Yonhap) -- A rare painting by South Korea's most valuable artistKim Whan-ki, judged by auction prices, has been put up for sale in the upcoming auction in Hong Kong, an auction house said Friday.

The 202-by-254-centimeter painting is covered mostly with red dots- an uncommon color used by the artist known for his signature blue dots - except for the top middle part of the canvas where blue dots form an upside-down triangle.

In its first appearance at an auction, the painting has set high expectations in the country's art industry that it will break the previous auction record set by the same artist.

In April last year, the late artist's 〈Tranquility 5-Ⅳ-73 #310〉 with his signature style of blue dots and a white-edged square fetched 6.55 billion won(US$5.74 million) at K Auction, a record high for any Korean art piece ever sold at auction.

An official from Seoul Auction estimated the painting would sell for 8 billion won at least, making more auction history.

A native of the small fishing town of Shinan, southwestern Korea, Kim was one of the country's pioneers of abstract art. In early 1960, he moved to New York and stayed there until his death in 1974. The country's five most expensive art pieces all belong to Kim.

The auction will offer 64 lots, valued at a conservative estimate of 21 billion won.