This year marks the ninth edition of Kyoto Experiment: Kyoto International Performing Arts Festival(Director, Yusuke Hashimoto). The festival features a main lineup of 12 productions with a special focus on the work of female artists or artists and companies that identify as female. In commemoration of the 160th anniversary of relations between France and Japan, and the 60th anniversary of the treaty of friendship between Kyoto and Paris, the festival includes several French artists in its program.

By sharing with audiences not only these works but also the contexts from which they emerged, the festival offers an opportunity to reconsider modern-day androcentrism, patriarchy, and the paternalism that remains interwoven into our society. Transcending discussion that merely foments divisions and antagonizes, and applies the conventional categories of male and female, while encouraging more substantial debate about fundamental aspects of human life and sexuality, the festival aspires to function as a forum for citizens through the medium of the arts. We look forward to welcoming audiences to Kyoto Experiment’s new endeavors. 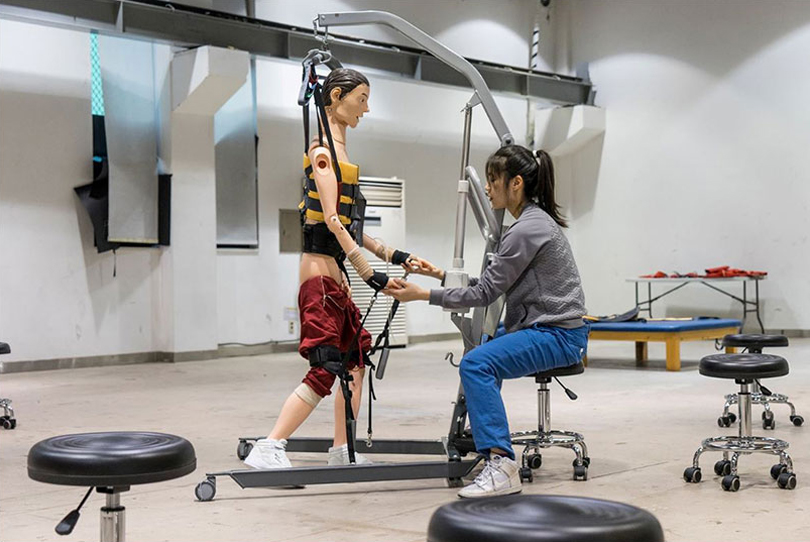 An astonishing duet that transforms perspectives on how we interact with objects
While relentlessly building a collection of various items from everyday modern life, including mannequins, vacuum cleaners, sex toys, body brushes, and training machines, Geumhyung Jeong has continued to explore the relationship between these objects and her own body. Based in South Korea, she works internationally as a choreographer and performance artist, counting a solo performance and installation at the Tate Modern, UK, in 2017 among her recent achievements. Her desires and senses at times escalating as she interacts with her collection, she coolly inquires into the connection between humans and these objects of modernity.

Her co-performer for Rehab Training is a life-sized male doll designed for use in healthcare education to show how people should care for patients. Jeong confronts and controls “him” while also attempting to "rehabilitate" the immobile dummy or the human shaped object through various tasks. As these gestures and actions build up, the relationship between puppet and puppeteer ultimately take on peculiar aspects that transcend intimacy. Who is controlling whom? The inorganic object starts to become its own unique kind of life form and the line between subject and object is no longer clear. How should we describe or define this relationship between “her” and “him?” 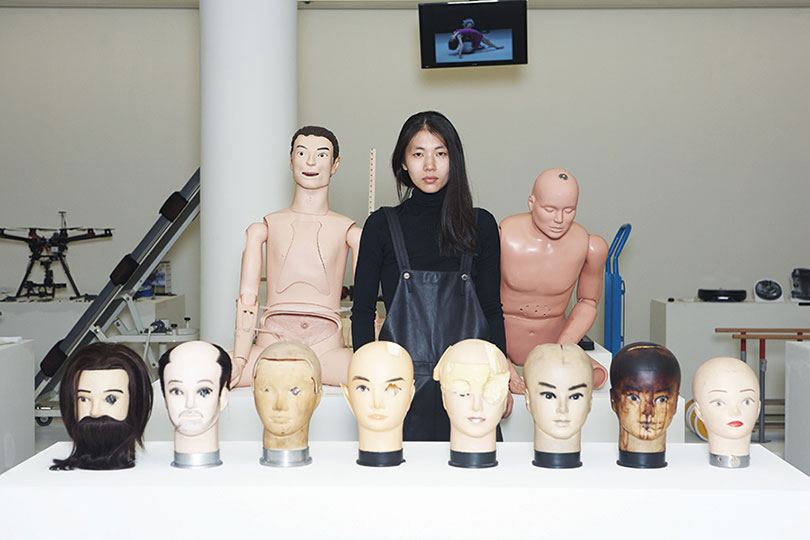 ＊About Artist
Born in 1980, Geumhyung Jeong is a South Korea-based choreographer and performance artist. Jeong studied Acting at Hoseo University in Asan, Dance and Performance at the Korean National University of Arts in Seoul and Animation Film at the Korean Academy of Film Arts in Seoul. Jeong’s work explores the potential of the body, its sensuality and it’s power to change its surroundings. Her works combine dance and puppetry and bring attention to the technical aspects of theater. She has exhibited works and performed internationally at Tate Modern, Liveworks Festival, PuSh Festival, Atelier Hermes (Seoul), New Museum Triennial, Zürcher Theater Spektakel, AI-Hall, SPIEL ART Festival, ImpulsTanz Festival and many others. Jeong first presented her work in Japan in 2011 with Oil Pressure Vibrator at Festival/Tokyo and AI Hall.