According to the Galleries Association of Korea, the KIAF organizer, the 17th event attracted around 63,000 visitors and garnered record sales of 28 billion won (US$2.47 million), bigger than last year's 54,000 visitors and 27 billion won worth of sales. The fair was held at the Convention and Exhibition Center (COEX) in southern Seoul from Oct. 3-7. 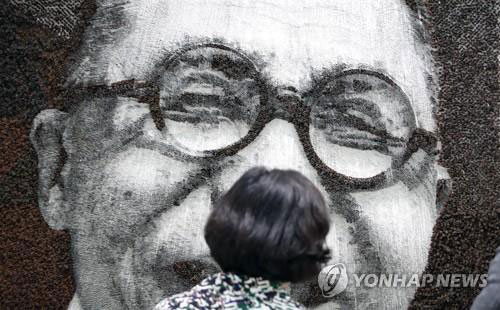 A visitor looks at a painting at the 17th Korea International Art Fair (KIAF) at the Convention and Exhibition Center (COEX) in southern Seoul on Oct. 4, 2018. (Yonhap)

This year, a few more foreign galleries were added to the list of exhibitors to bring diversity and variety to the event.

All told, 174 galleries from 14 countries brought hundreds of artworks by the artists they represent.

Notably, this year Sylvain Levy and Dominique Levy, the powerful collector couple behind the DSL Collection, joined the organizing team.

"KIAF has grown so much from last year. It has successfully established itself as a prominent global art fair that shows contemporary art of Korea as well as that of other countries," Sylvain Levy was quoted by the organizer as saying. "I am sure Korea will continue to grow to be a hub of the Asian art market in the future.“ 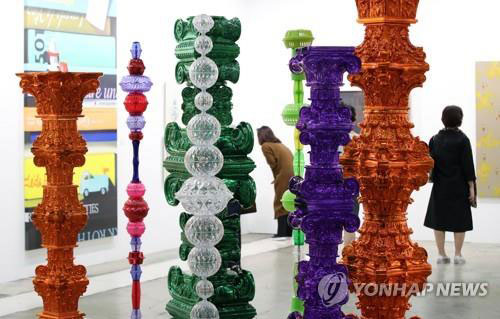 People look at artworks on display at the 17th Korea International Art Fair (KIAF) at the Convention and Exhibition Center (COEX) in southern Seoul on Oct. 4, 2018. (Yonhap)