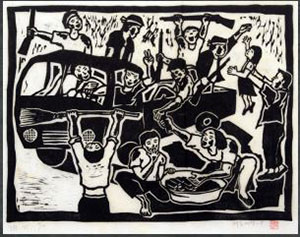 Carving on wooden board produces white light on black background in printing. The woodcut as such has been an appropriate media for people who seek freedom and independence from the sheer darkness of societies. The history of woodcut in Asian cities does not only represent agony, struggle, or propaganda—it is a history of liberation in the subjective expression of oppressed people.

Over the 400 art works and is the first large-scale exhibitionon Asia’s woodcut movemnets in the world. the exhibition seeks to articulate how woodcut was developed in Asia and how this small yet imporatnat media played a role in the social and historical context of the region.

This exhibition consists of 10 sections with political moments in Asian countries. The 9th section is ‘1980s-2000s Korea: Wood cuts as icons of the democratization movement’; the Gwayngju Democratization Movements in May 1980 triggered nationwide protest against the dictatorship. In this movements, ‘Minjung Misul’(People’s Art ) developed, giving woodcuts crucial roles in an enlarged picture for rallies and demonstrations, publication, outreach program.
The cultural and ethnic diversities in Asian traditional societies, as well as ideological gaps after the 20th Century, caused uncountable divisions and confrontations both domestically and internationally, which led to omnipresent tragedies. The woodcut has contributed in connecting people who lived in different communities but shared the problems far earlier than the globalization, not merely as cultural exchanges but also as common feeling, sympathy. 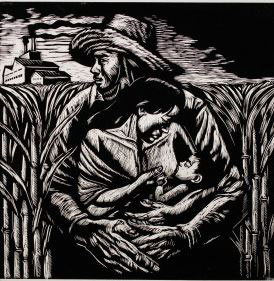 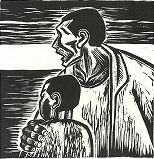 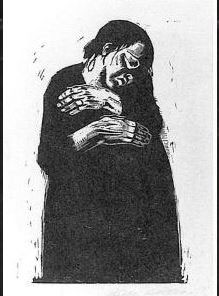